Scammers and unscrupulous people looking for innocent prey seem to be everywhere these days. The timeshare industry has been plagued by many issues in the past because of the work of bogus companies that take advantage of timeshare owners. Even key players and developers like Disney or the Villa group timeshare have not escaped baseless class action suits that only seek to defraud timeshare owners.

Why consider a class action suit against a timeshare company like Villa Group Timeshare?

What is the reality?

Fake companies lure timeshare owners into class action suits against their timeshare developers like Villa Group, Disney, Vidanta etc, even when owners have no case for cancellation. Timeshare owners pay a class action suit fee (which is much less than if they were fighting their case on their own) in the hope that they will get their money back and damages. The reality is that you will lose the case and the cancellation company will have made a great little profit.

There are many disadvantages attached to a class action suit. If the collective effort comes up short, the chances of acting individually and re-filing the case yourself is no longer an option Next comes the reality that whatever costs you might have spent cannot be anymore retrieved in form of damages. Think a hundred times about the promises that representative companies make. Be also aware that there are cases that don’t give cash damages, but just coupon settlements that you won’t be able to monetize to recover your class action expenses, which keeps you further bound to a company.

Before making that impulsive move to join a class action scam, try to consider talking it out first with your developer. Each developer, like Villa Group Timeshare will have a department whose task is to make sure that whatever complaints or concerns you have are dealt with effectively. The wisest thing to do when dealing with your concerns is to talk to a senior member of staff at the Villa Group. Every problem can be talked out and negotiated with clear lines and results. Filing class action suit against a well regulated industry can bring in a lot of frustrations and disappointment. Spare yourself from all the hassles and stresses; the Villa Group has its doors open in providing a nice avenue for problems and solutions. 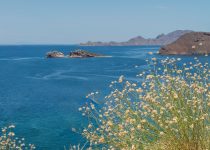