Skip to content
Home
Vacation Destinations
Cancun
Mario Lopez at Villa del Palmar Cancun
Cancun braced itself for the arrival of Mario Lopez and his wife, Courtney Mazza and two year old daughter, Gia in June this year when they spent time at the luxury Caribbean resort, Villa del Palmar Cancun. Lopez raved about the resort on the Kris Jenner Show, and said he had an amazing time.

Joined by his sister and her four children, the famous TV host and actor spent quality time with his family, but joked how he needed another vacation afterwards to rest after spending such an active time with the kids. He said “it was so much fun and it was very active.” The Villa del Palmar Cancun resort is fully prepared for entertaining children, offering a fully staffed kids club as well as nanny and babysitting services.

The highlight of the star’s vacation was clearly discussed on the Kris Jenner Show and Lopez was ecstatic about his experience with the whale sharks. The glamorous actor said, “I did the coolest thing that I have even done in my life. I went swimming with whale sharks!” He then went on to tell Jenner all about how it felt to swim with the incredible animals. The trip was organized from Villa del Palmar Cancun and included transport to and from the dock where the boats leave in search of the whale sharks, which only come to feed during the summer months.

Lopez and his wife were also seen enjoying all the gourmet restaurants at Villa del Palmar, and certainly looked to be having the time of their lives. 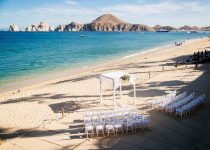