How to Avoid a Villa del Palmar Timeshare Scam

Most Villa del Palmar Timeshare scams occur during the resale process, at which point The Villagroup has no way of helping you in the event of a scam. Buying a Villa del Palmar timeshare on the internet or through eBay, may sound like a great bargain, but the reality is that you cannot 100% trust that what you are buying is legitimate. Just imagine paying for flights to Mexico only to discover when you arrive that the Villa del Palmar timeshare you bought on a timeshare resale site is not valid!

Another timeshare scam is when you are taken to what seems to be a “Villa del Palmar” presentation in a location that is not on the resort site or in one of its sister resorts. You are shown images etc and perhaps told that the resort is not built yet. In these instances, you should double check the validity of the sales team by contacting Villagroup to verify that the sales office has permission to sell their timeshares. In the past, some timeshare enthusiasts have been duped by fake sellers who do not have the right to sell you a timeshare at Villa del Palmar.

When going to a timeshare presentation at a resort, always recall the name of the resort where you were originally promised a tour. For example, if you are approached by a promoter on the street or at the airport who wishes to take you to see a Villa del Palmar property, make sure that they do indeed take you to a Villa del Palmar resort. There have been cases where promoters are bribed to take couples to an alternative resort rather than the resort that has permission from City Hall to work on the streets or in the airport. The promoter may appear to be legitimate because they work in the airport, but if they don’t take you to the resort they promise, be very wary. 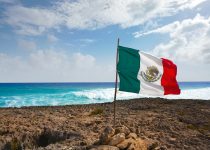