Puerto Vallarta’s popularity as a major holiday resort is increasing and many airlines are now offering a direct nonstop service to this important location. Vacationers traveling from Canada and the United States of America can benefit from simply booking a direct flight to Puerto Vallarta, one of Mexico’s beautiful and much loved cities.

Major airlines have taken advantage of offering a direct flight to Puerto Vallarta whether travelling from Vancouver, on the west coast of Canada or New York on the east coast of the United States of America. These flights are now at affordable costs and have practical flight plans.

By taking direct flights into Puerto Vallarta you can enjoy much more time in this beautiful Mexican destination, whether on arrival or before departure. Extra time in the sun in this idyllic location helps to make this a most enjoyable vacation experience. By booking a nonstop direct flight to Puerto Vallarta’s Licenciado Gustavo Diaz Ordaz International Airport you will have hassle free onward travel to many other destinations such as Riviera Nayarit, Sayulita, Bucerias, and Punta Mita.

Lengthy flight plans to Puerto Vallarta can shorten your stay in Mexico by taking up some of your valuable vacation time. Booking a direct flight from any of the cities below is the way to start your vacation off in the right way.

Choose a Direct Flight to Puerto Vallarta from Canada using:

Choose a Direct Flight to Puerto Vallarta from U.S.A. using: 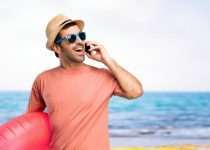 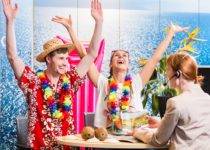